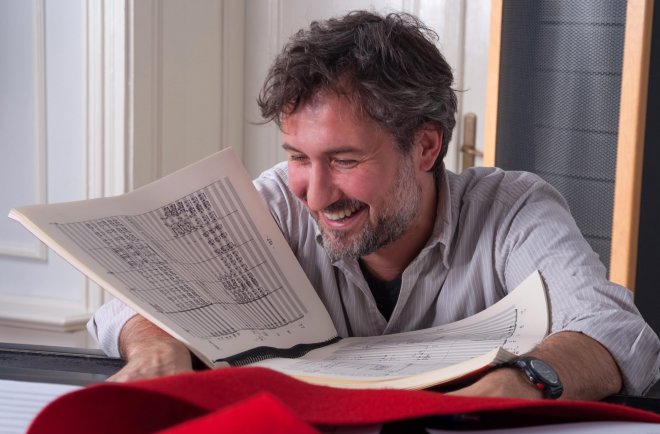 For the second time in a row, composer Frano Đurović will present his work to the Zagreb audience in a ballet world premiere and will also get the honor of closing this year's jubilee Festival. In the light of this notable achievement, we kindly asked the composer to share his viewpoints on the Biennale and reveal a couple of things about the upcoming ballet, "Hero is Tired". We were also interested in his opinion on how and where contemporary music exists today.

What does Biennale and working for the Biennale mean to you? Now that a certain amount of time has passed, how do you see its evolution path?

In a recent interview I said that I feared the Biennale we grew up with and which is still appreciated worldwide will turn into something akin to a small-town school event. I still feel that way. And it seems to me that the worst is yet to come. Unfortunately. Please don't take me as a spiteful person or a composer who thinks his work should be featured in every single concert, but as someone trying to emphasize how much he cares about this Festival. For a while, I was also among its artistic advisors, and right now I am a part of the Committee, that is, the current Assembly of Representatives of the Croatian Composers' Society; therefore, I can say that I am privy to inside information on the entire situation. And it's not good.

Yet another Biennale, and yet another ballet. How come?

Truthfully, I don't exactly know. The ballet My Name Is Nobody, from 2011, was created in very modest circumstances and yet, the outcome was good. I am satisfied with it. Massimiliano Volpini choreographed it; we established a really good rapport; he was great to collaborate with and the dancers felt motivated as well. Maybe it's time for my compositions to stop filling the gaps in the Music Biennale Zagreb program or for my work to stop being featured instead of those of colleagues who couldn't finish their compositions on time, whereas I’m asked to write something last minute and save the day. Another reason might be that I have done a lot of theatre work, and I know how things are managed there. Or maybe it's the fact that I'll be making electronic music again, so there'll be no need to pay neither a conductor, an accompanist, nor an orchestra. Who knows?

What does ballet as a genre give you and allows you to do that other genres do not?

If you know what you're doing and you are a master of your trade, no genre should be holding you back. I have a clear vision of the sound image; however, a lot of things depend, naturally, on the choreographer and the dancers. We'll see. I expect some compromise will be required on my part, that kind of situation is inevitable when creating a musical dramatic work. And that's completely fine; the visual image has to match the sound, the music. But at the same time, anyone who knows me and pays enough attention, also knows that I'm bound to 'slip' some of my irony into it.

We are not yet very familiar with the Hero is Tired, except for the fact that, once again, you have drawn on your common creative practice: referring to and, in a certain authorial way, recycling the pop music discourse. Tell us a bit more about this work.

I can't tell you all that much because the work is still in progress. Choreographer Giuseppe Spota and I have been communicating through e-mail. I have sent him over an hour of material, and I plan to create at least as much by the time of our meeting in Rijeka at the end of February. Only then will the creation of an approximately 50-minute long ballet truly begin. I have seen some sketches of the set and I can say I like it. As for the moment of inspiration that led to its title, I blame Arsen Dedić and his collection of poems Zidne novine (Wall Newspaper). I am a great fan of Arsen's witty, sarcastic humor, as I consider humor to be an essential part of life, even though I may not seem that kind of a person.

Yes, it's true, I often make references to pop music. In the last couple of years, my compositions have mostly been named after specific pop lyrics that 'moved' me; however, it is definitely the specific lyric that I select as a reference, not the music itself, such as more recently Iza prozora nemirnog sna (Behind the Window of a Sleepless Dream, 2018) by Azra, Check Ignition And May God's Love Be With You (2018) by David Bowie, She's Walking Through the Clouds (2016) by Jimi Hendrix, and many others.

Then again, my references are not always based on pop music. Another huge inspiration for me has also been Miroslav Krleža with his eternal literary gems. The movement titles for my electronic cycle ''The Royal Retail of Mindsets'' are borrowed from his novel On the Edge of Reason. 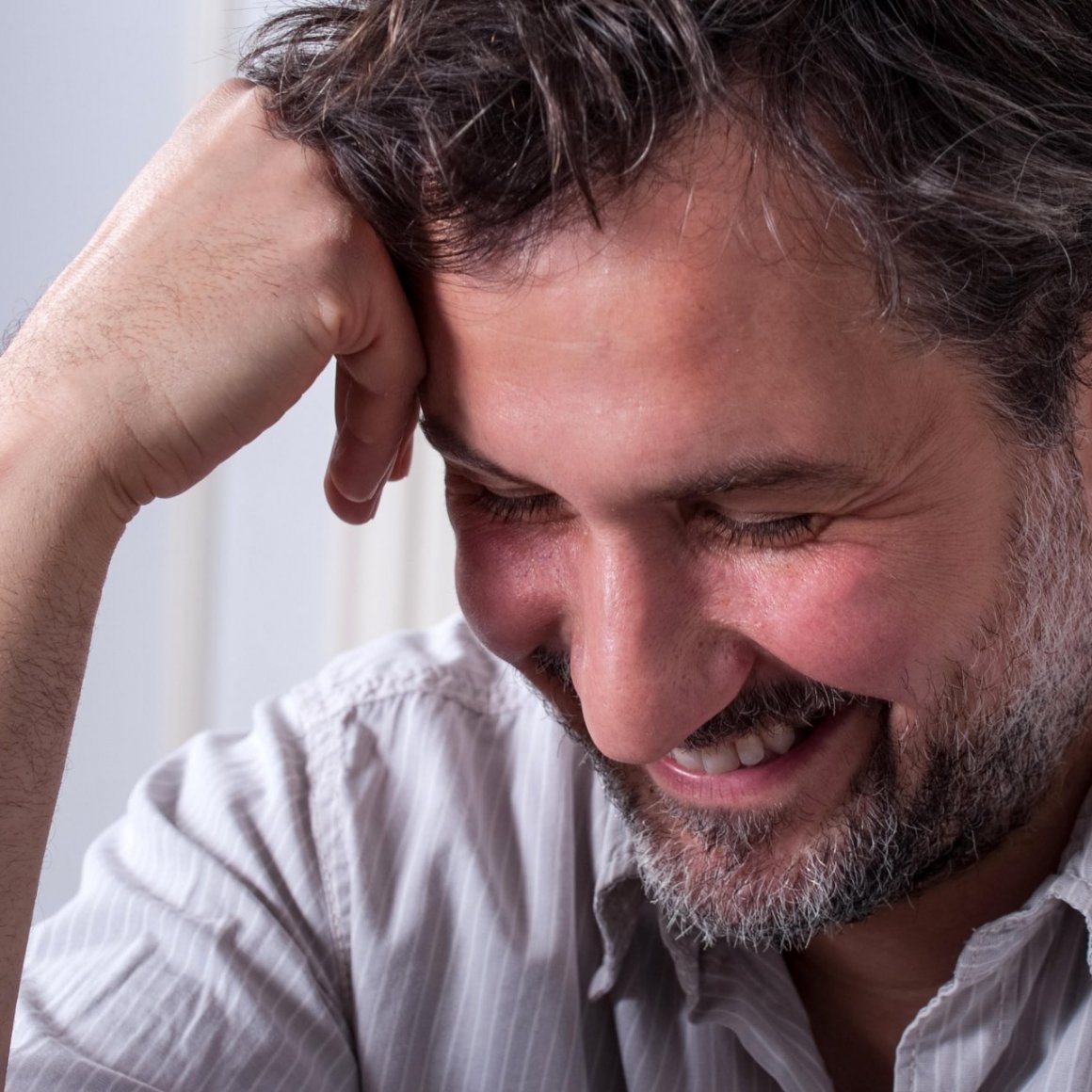 Where do you see contemporary music in the world today?

Today, everything is business, including music. Art is dying. It's done. You can either sell yourself, engage in producing trivialities, or stay at home and be an artist with a load of unpremiered works lying in your drawer. And that's mostly it. Maybe I'm wrong, I'd like to be wrong. Trivial work is what I do very often, and it's not something I'm ashamed of. Survival is necessary.

Reading up on your work and its conceptual background, I came upon your statement that a particular composition (also named after a pop song lyric) represented the fight against tradition that ultimately strives to discover something new, something like music ‘without music’. What does this idea of music ‘without music’ mean to you and is there room for it in the Hero is Tired as well?

I'm glad somebody finally noticed, thank you. My work goes fairly unnoticed. One of the reasons for it is probably that I am obviously too much of an introvert, another is that I don't fawn over that milieu’s power-wielders, and finally, that the majority of musicologists are fairly superficial and show no interest in what's happening in the Croatian contemporary music. I would be glad if someone wanted to see the score and asked a couple of questions about the piece, the technique, the arrangement, the concept. What I do, what I aspire to do, barely interests anyone; and this is not me whining, it's me simply noticing. But to put that aside, the work and the feeling of creation alone, the thinking process, developing a concept, creating my own tonal colors, all of that brings me great joy. Ultimately, that is the reason I studied composition.

Music 'without music' is not a concept I made up, that's for sure. There are a lot of compositions in musical literature with that same idea in the last 50 years or so. This ballet, a work that is still in progress, might contain some similar elements, I don't know yet. I have reached this 'personal' artistic mode watching the world around me and asking questions such as: is there a point in contemporary music, is there a point in the contemporary way of life, is there a point in making art at all?

What are you looking forward to about this year's jubilee Music Biennale Zagreb?

I'm looking forward to the ballet premiere – that's one more notch on my creative post to move on from. The 'real' world carries a lot of obligations: there are kids to take care of, and you also have to survive, create trivial stuff, pay off loans, pay bills...